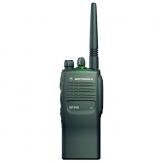 Rent equipment for events: generators of smoke, fog, snow, projectors and screens for them.

Types of smoke generators for the scene:

The smoke machine reduces the transparency of the air, light and laser beams are to blame. Produces smoke and directs it.

The light smoke smoke generator is versatile and has a low cost. Smoke is filling the whole room. Light and laser beams look spectacular through the smoke. Used for photo shoots, in photo studios, in clubs, for filming a video.

Heavy (chilled) smoke generator. Smoke spreads along the floor, the cloud, as a rule, does not rise above 10-15 cm. For the movement of smoke, special fans, hoses and pipes are used. The cooler is connected through a hose to the atomizer of a powerful smoke machine and after a while fog begins to spread across the floor. Such equipment is used on professional stage sites. The air temperature in the area of ​​operation of the cold smoke generator can drop to -5 degrees Celsius.

Fog generators (heizer). Light haze. The rays are clearly visible, but more or less good visibility remains in the room itself. The principle of operation is simple: a powerful compressor atomizes a special fluid at high pressure. There is a kind of cold fog generator that simulates morning dew. Economical and efficient.

We also provide a chroma key. In work, they mainly use green and blue backgrounds, tk. during post-processing, the piuselas of these colors are easy to remove and contrast with the skin. The technology began to develop initially on the broadcasting of weather forecasts. However, if you need to remove, for example, a tree or a helena car, chromakeys (kei) of other colors are used. The advantage of the green chroma key is that less light is needed to illuminate it and digital cameras provide more pixels in the green channel.